If you are persisting in your efforts to understand, even as you are writing me, then you are doing an excellent thing for yourself. You must persist with effort, however. It is foolish to pray for this when you can acquire it from yourself. There’s no need to lift our hands toward the sky, or to beg the temple priest to let us approach the idol’s ear. As if doing these things will make our prayers more likely to be heard! God is near you, he is with you, he is within you. This is what I mean, Lucilius: a divine spirit lives within us. It marks our good and bad deeds; it is our guardian. This spirit treats us in the same manner that we treat it. Indeed, no person can be good without the help of God. Can anyone rise above Fortune unless God helps him to rise? It is God who gives noble and honorable advice. In each good person

Have you ever come across a forest of ancient trees, grown to unusual height, shutting out the view of the sky by a veil of intertwining branches? The loftiness of the forest, the seclusion of the place, and your marvel at the thick unbroken shade will prove to you that there must be a god. Or have you come across a cave, built by crumbling rocks, holding up a mountain? Such a place was not built by human hands, but it was hollowed out by natural causes. Such a manifestation of the existence of God would deeply move your soul to believe. We worship the sources of mighty rivers; we build altars where great streams burst from hidden sources; we adore hot springs as divine, and we consecrate certain pools because of their unusually dark waters or their immeasurable depth. If you see a person who is fearless and remains calm in the face of danger, who is untouched by desire, who is happy in adversity and peaceful during the storm, who looks down upon people from a higher plane and views the gods on a footing of equality, will you not succumb to a feeling of reverence for this person? Will you not say, “This quality is too great and too lofty to be considered as resembling the petty body in which it dwells. A divine power has descended upon this person.” When a soul rises above other souls, when it is under control, when it endures every experience as if it were a small ordeal, when it smiles at our fears and at our prayers, it must be stirred by a force from heaven. Something like this cannot exist unless it is the work of the divine. Therefore, an even

greater part of it abides in the place from where it came down to earth. Just as the sun’s rays do indeed touch the earth but still abide at the source from which they are sent, so does the great and hallowed soul cling to its origin, although it does indeed associate with us and has come down in order that we might have a better knowledge of divinity. For that great and hallowed soul depends on its source. It keeps its gaze on the source, and it is there that it strives to go. It concerns itself with our doings only as being superior to ourselves.

(Seneca, Letters from a Stoic Letter 41 “On the God Within Us” [first half])

While Cleanthes maintained that belief in God’s existence could be attributed to seeing violent acts of nature such as fires, storms, tornadoes, etc., Seneca writes in complete contrast, stating that tranquil experiences in nature can cause ourselves to pause, open ourselves to the majesty and beauty of the place, and be “persuaded of the presence of a deity.” The Stoics did not believe that the world was set on “auto-pilot” and simply ran like a clock without thinking. No, because they believed that God was in everything, and because they believed that God is an intelligent, rational, and self-aware being, they believed that therefore the Universe must be intelligent, rational, and self-aware.

Author Keith Seddon states that some people might have a “religious experience” similar to the ones described by Seneca. At times, by viewing nature, a person might be overcome by a strong sense that some indescribable power is controlling the world and is responsible for the Universe’s order. If a person reaches this feeling or state of mind, they might also be persuaded with a strong sense that “everything makes sense, that all is well, and perhaps have an insight into one’s role in life.” After such an experience, the person may return back to their “daily life with renewed energy and confidence,” perhaps ready to “make an important change that has long been overdue.”

I’ll write a little something.

I myself am a Christian, although I’ve long been intrigued by pantheistic beliefs. Could they have some validity? What did God mean when he said, “Let us make man in our image?” Does God permeate me as well as the rest of his creations? Anyway. 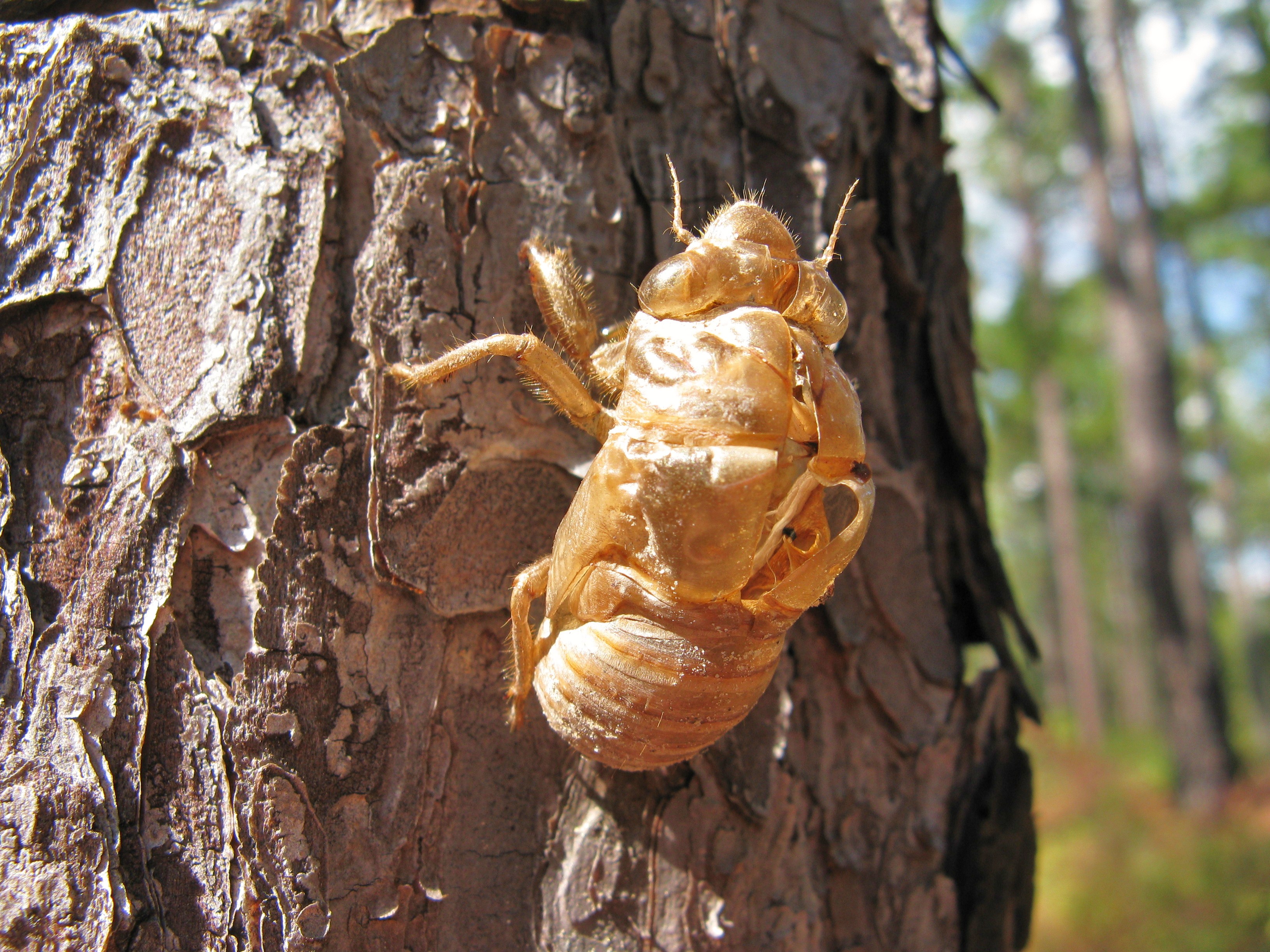 My significant other is part of a pantheistic religion. I’ll never forget the day we found an abandoned cicada shell clinging to a tree trunk. I eyed it warily, viewing it as one of nature’s “weird and kind of disgusting” phenomena. But with wide eyes, my significant other gently pulled the shell off of the tree, examined it, and said, “My God! When you see things like this, how can you not believe in God?!” And then he gently placed the shell back where he found it, clinging to the tree. He is amazed every single time by nature, by its intricacies, by its order and patterns. For him, Nature is proof enough that God exists.

I remember a time when he and I went camping together. We set our tent up on the edge of a lake. It was cold and windy. At about 4:00am, we could no longer sleep, whether it was the lake water lapping against the rocks, or the tent flapping in the wind. So we crawled outside and took a walk along a built up gravel path that extended into the lake. 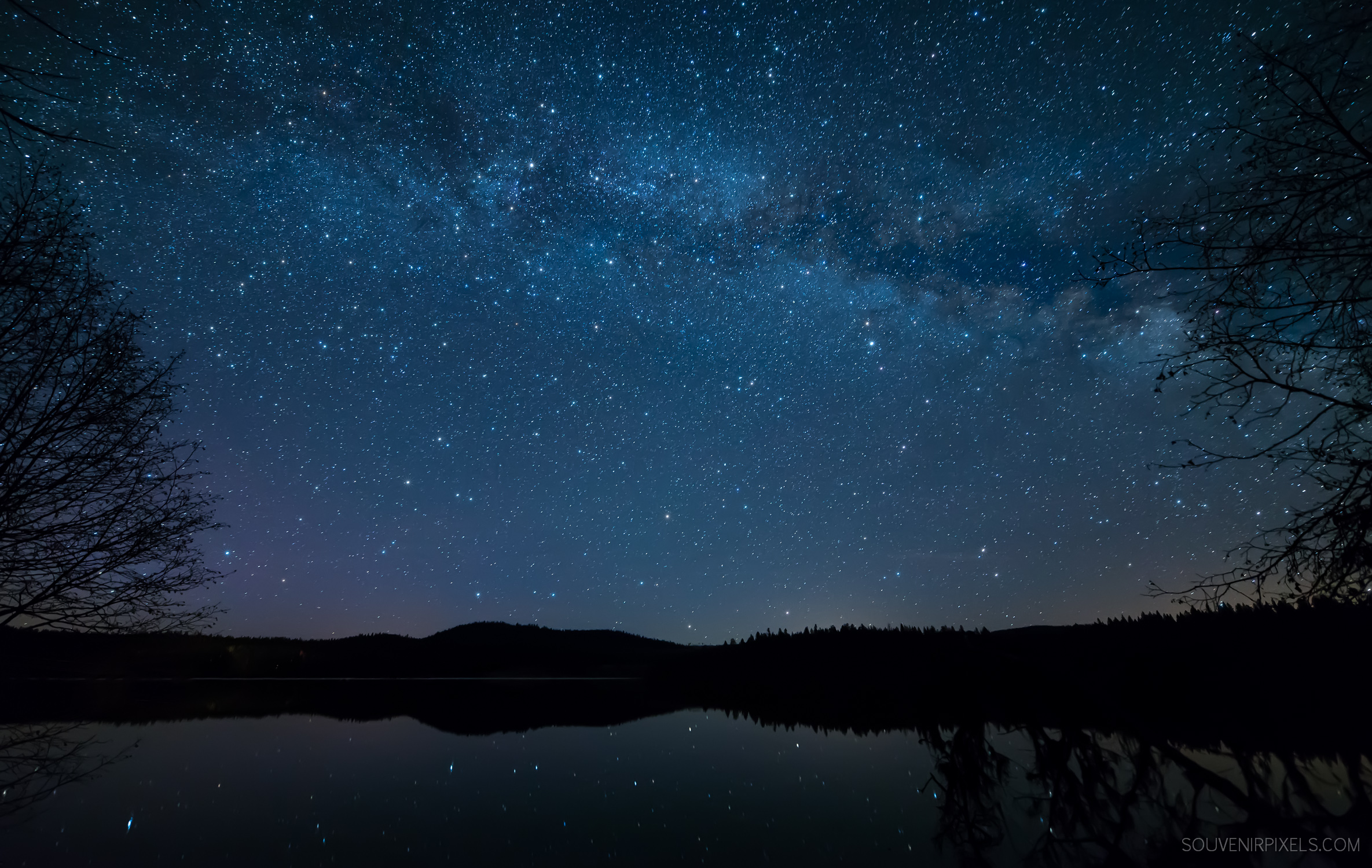 “No decorated and paneled ceilings hung over them, but as they lay beneath the open sky, the stars glided quietly above them. And the heavens, night’s noble pageant, marched swiftly by conducting its mighty task in silence.” – Seneca, Letter 90

The stars. were. amazing. I’ve included this picture to the right, because the view was something similar. Spectacular. We saw several shooting stars. The constellations. We were tiny humans looking out into the grand ocean of the Universe. The stars and their paths change with the seasons. Humans have been charting the stars’ paths for millennia. The path of the stars is clearly beyond my own control, or the control of any other human’s. Yet they stay in their order throughout the ages. Who hung them in their places? Who told them where to move, how fast to crawl? I myself can’t help but believe that someone, a divine being, is ultimately in charge of everything that’s going on. The immensity of it all demands that something is in charge.

My own future is no more certain than the future of this pine cone.

We need to spend time in nature.

Whether or not you personally believe in the divine, I believe that spending time in Nature is important, especially as part of being a practicing Stoic. Stoics strive to be aware of and understand their place in the Universe. When we spend all our time with humans, commuting in big cities, whatever it is that you do, we are more likely to find ourselves angry with the traffic, thinking we can control it. Or we’re frustrated when our business meeting didn’t go as planned. Or when the sale falls through. When we immerse ourselves with humans and “civilization” so much of the time, we start fooling ourselves that humans are so important, that actually, whatever we will to happen is going to happen! Spending time out in Nature, looking at pine cones and flowering trees, we are reminded that we are just another one of these things on earth. All part of the cycle. My own future is no more certain than the future of this pine cone. Look to the birds and consider how they deal with circumstances and reality. Spending time in nature helps us to realize our place in the scheme of things, how to accept the reality of things, and thus better learn how to live “according to Nature.”