After tackling Seneca’s extremely-intriguing Letter 90, we use today’s post to debrief. We’ll cover:

A Trip to the Zoo

As luck would have it, after spending all Friday putting together a post based on Seneca’s Letter 90 which talks about luxury and the “beginnings of civilization,” I ended up being invited to go to the zoo on Saturday.

Wow. You really can’t help but look at nature differently after reading Letter 90, so going to the zoo is a much different experience than before. Some thoughts that crossed my mind at the zoo:

Harvest mice intentionally spin pointless flips in their wheel, seemingly for nothing but pure self-amusement. Then they scurry about collecting food amidst the dried stalks inside their glass tank:

Thought: “Animals enjoy some entertainment now and then, but when it’s time to go to work to get food for the next meal, they don’t complain about losing out on ‘leisure time.'”

For animals, playtime is as much a part of life as is gathering food in order to survive. This is part of living according to nature.

A rainforest tree whose leaves and branches created a perfect canopy.

Thought: “This would have made a perfect roof for the idyllic people that Seneca described. This tree is even better for them because they wouldn’t have had to craft a roof by hand; one was already provided by nature.”

If Nature provided the necessary items in order for gorillas, chimpanzees, and orangutans to survive in “the wild,” then why couldn’t humans survive in the wild? I mean, a human who has grown up in the wild, perhaps like the Jungle Book character Mowgli, or Tarzan; someone who has been really using their physical abilities everyday. Despite the fact that our bodies are incredibly similar to those of the apes, we don’t have half of the physical ability because we’ve simply neglected our bodies as we idle in luxury. While animal groups often have “leaders,” usually the biggest or strongest in the group, the animals seem to have “unwritten laws” that they just simply follow. For example, silverback (male) gorillas don’t like to be so closely confined with one another. But given ample room, they can be quite content to be in each other’s company. (They can “agree to disagree”). And if one of them approaches the other uninvited, then the other simply goes to another space in the territory. Simply put, animals, unlike humans, don’t seek world domination. Enough space is enough space. And if one member of a group simply wants to be left alone, their wish is most often respected.

Listening to the bellows of Simiang apes echoing across the entire zoo, my mind was transported to the time of “cavemen,” where animal calls permeated the landscape as earth’s beautiful soundtrack. The “cave man” could not demand the “luxury” of silence. The earth’s noises were his soundtrack. By accepting this fact as a natural part of life, he was “living according to nature.”

Seneca mentioned in his letter how the people of the “Golden Age” would work together to gather whatever they received from the earth. They didn’t keep it for their individual selves, but they shared freely with each other. This reminds me of an Inuit proverb:

There’s no such thing as a good hunter; only a lucky hunter.

Is Seneca suggesting that capitalism is evil and that everyone should adopt socialism? I would say “no.” Seneca acknowledged that this idyllic “Golden Age” existed until greed took over. He acknowledged that because greed has entered civilization in such strong force, that we can never go back to “the way things were.” I believe wholeheartedly with Seneca. In theory, most economic systems seem to be great “solutions” for society’s problems—but the problem is that human greed ends up corrupting each of these systems, so they never turn out as good in practice as they do on paper. Seneca even seems to say that it’s a lost cause to try to return to that original way of life:

It was greed that introduced poverty, and, by craving much, lost all. And so it is, although she now tries to correct her loss, although she adds one estate to another, evicting a neighbor either by buying him out or by betraying him, although she extends her country-seats to the size of provinces and defines ownership as meaning extensive travel through one’s own property,—in spite of all these efforts of hers, enlarging any kind of boundaries will never bring us back to the condition from which we have departed.

The Expansion of Luxury

This is the point with which I agree wholeheartedly with Seneca. In the post yesterday, I mentioned how horse carriages used to be a sign of immense luxury. Today, they’re a bucolic tourist adventure, and afterwards we crawl back into our leather-trimmed cars.

People used to be content with walking/running as the sole means of transportation. (I’m skipping a lot of human history here, but bear with me): then they started building boats and riding horses. Then they invented bicycles, trains, cars, and airplanes. Do you see where this is going? The truth is, Nature already provided us with sufficient means of transportation. But humans have taken it to the next level.

I was waiting at a car sales lot while my sister was inside working out the financial aspects of her new purchase. While we were waiting, her friend and I spotted a used book store across the four-lane street. We decided to go check it out while we were waiting. And so we promptly got into her friend’s car and drove across the street to the bookstore.

I felt so… “in-between” in that incident. This business of driving across the street is something so commonly American, very few people would see the absurdity in it. But as we were pulling into the various turning lanes and following the winding parking lots in order to get to the location that had been simply “across the street,” I couldn’t help but think of all the refugee clients and co-workers that I’d worked with; how many friends could I tell what I was doing right now—riding in a car to go across the street—and they would think I’m absolutely insane!

When my mother visits my apartment, she thinks I live like a rustic hippie. When my co-workers from Iraq and Myanmar visit my apartment, they think I’m spoiled. When my family visits, I volunteer to sleep on the floor so that there’s room for everyone. My mother thinks that’s ridiculous, and she buys an air mattress. When I tell my friend from Iraq that I slept on the floor the other night, he responds, “I do that every once in a while. Back in Iraq, we used to sleep on the roof of the house and gaze at the stars.” If I were to tell a refugee from Myanmar that I slept on the floor last night, they’d undoubtedly respond, “Why wouldn’t anyone sleep on the floor? Mattresses are expensive and take up space.” I live between two worlds of luxury’s expansion spectrum. 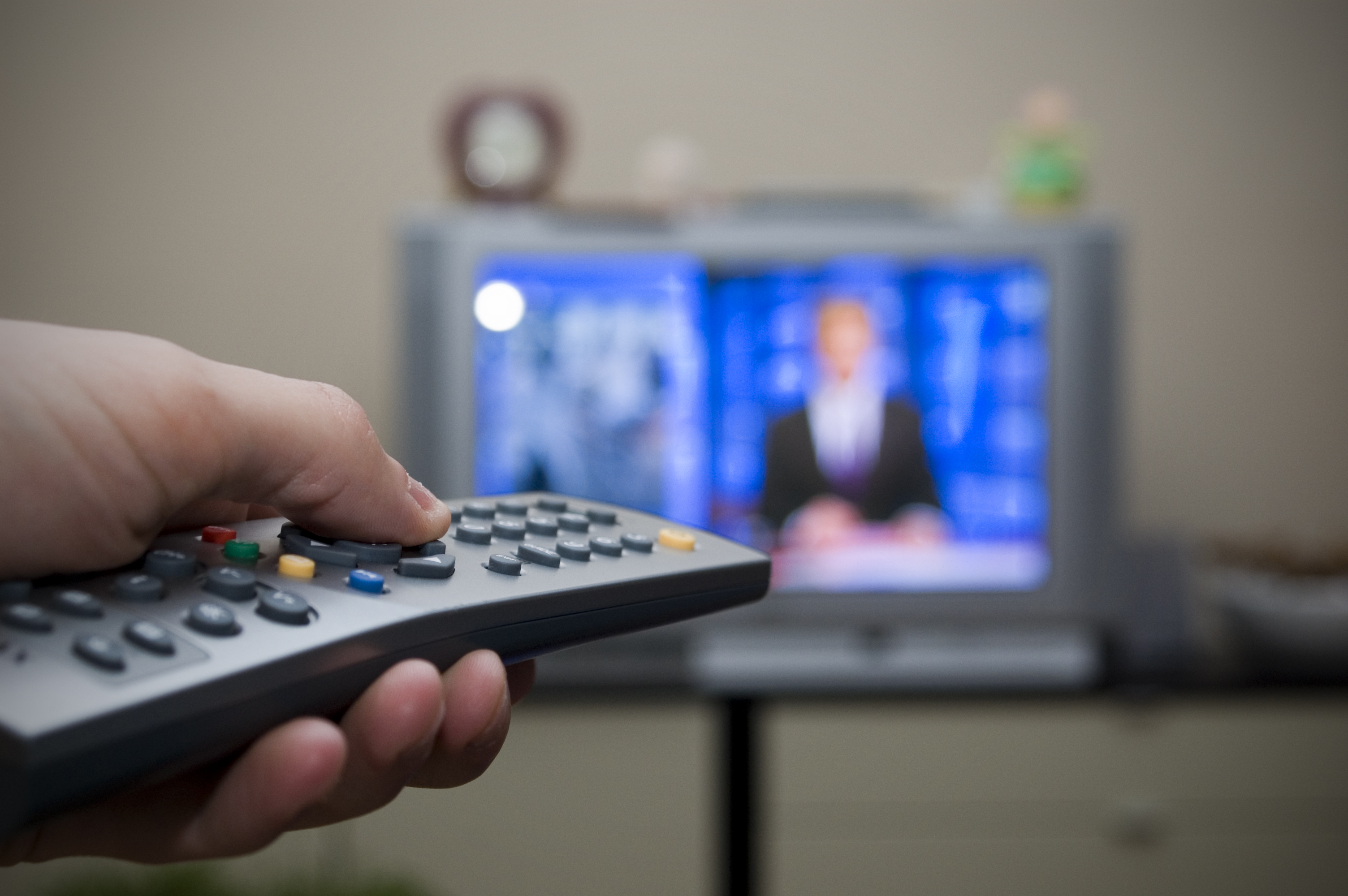 Consider the television: people were thrilled to have television sets when they were first invented; never mind the fact that the picture was in black and white. Today, it’s simply a necessity that our televisions have a color picture, preferably high definition and flat-screen. And it’s a no-brainer that it has to have a remote control. Do we even know how to use the television without the remote control? Can the newer models of television even be used without a remote? And so, when we lose our remote control, we worry ourselves with finding it. We complain that we have to stand up and walk five steps to the television and finally try to figure out what buttons to press to make the television do what we want. It seems that luxury isn’t really helping our physical world that much, but it seems to be harming our minds and characters more than we realize.

I was a chaperone for high school students on a mission trip to Nicaragua. The area in which we were working was the poorest region in Nicaragua. Eighty students and five teachers used two portable toilets without any doors or curtains. There was no garbage collection of any sort, so each morning the teachers would pile the school’s trash about a meter or two from the building and light it on fire. Construction tools of any sort were difficult to procure. At one point, I was digging an 8’x8′ area one foot deep, but there were few shovels available, and so I was using a sharp, pointy stick to dig in the packed desert earth. Clean drinking water was difficult to procure. Yet when we brought back water for the American high school students to drink, their unanimous response was, “Why isn’t there any ice, too?”

In my opinion, Seneca is correct: luxury expands daily and humans adapt to each new level of its expansion.

What other examples can you think of that demonstrate the “expansion of luxury”?

A thatched roof once covered free men; under marble and gold dwells slavery.

What does Seneca mean when he says this? What does he mean by “slavery”? He means that when we lived in this “Golden Age,” we cared about each other. The earth provided, and we all had access to its provisions. We were free. But greed has snuck in and hoarded away those natural provisions, leaving those who were unable or unwilling to hoard to live in poverty. Those in poverty

are slaves to those with riches. The actions of the (extremely) wealthy largely determine the experiences of the impoverished. Even for people who do not live in “poverty,” who have eked out a nice existence for ourselves, we are still “slaves” to our possessions. We worry about paying our bills. We worry about status and long for the latest gadget. We do not act freely as we believe we do, but we pursue material things almost zombie-like. In Seneca’s statement, “marble and gold” represents luxury, and a society that seeks after luxury. We’re slaves both to luxury and to society itself.

Perhaps the most intriguing line in Seneca’s Letter is this:

No, these discoveries have been made since we humans have ceased to discover wisdom.

Seneca’s referring to the innovations of glass-blowing, pottery, fish farms, you name it. Consider this rough chart:

I find this line from Seneca intriguing because in recent centuries, we’ve seen an exponential increase of technological advancement. Humans were using fingers, lines drawn in the sand, and the abacus for millennia. And suddenly humans invent calculators and computers and all sorts of equipment. Is Seneca right? Has human focus shifted from seeking Wisdom to pursuing fleeting ingenuity and expanding luxury?

So what’s the point?

What does this mean for us, as we continue our pursuit of Virtue and eudaimonia?

Remember that at the beginning of the letter, Seneca wrote:

if we were gifted with understanding at birth, Wisdom would have lost her best attribute—that she is not one of the gifts of Fortune.

And he concluded with:

We were not born already possessing Virtue, but we were born to attain it. And even in the best of men, before you refine them by instruction, there is but the stuff of Virtue, but not Virtue itself.

Remember that humans are born with the means to attain wisdom, and thus attain Virtue. But we aren’t born with Wisdom or Virtue itself. Learn to differentiate between intelligence/ingenuity/cleverness and actual Wisdom, who is much higher.

Use today to do a bit of exploring your own thoughts and writing them down. You can do this in your journal if you wish.

And now, for your viewing enjoyment:

Catch a glimpse into the lives of this tribe in Mongolia. What aspects of their lives would you say exemplify the concept of “living according to Nature”?