“Live according to Nature.”

“Live according to nature” does NOT mean we need to look like this guy. Don’t get confused. Just don’t.

In Seneca’s Letter 5, which we read the other day, the whole thing was a warning against putting on appearances, against simply switching from a slave of luxury to a slave of poverty, to not follow the Cynics by alienating others in society. Did you notice about halfway through the letter, Seneca just busts out, “You know our motto: “Live according to Nature.” If you are new to Stoicism, your response was probably something like, “Whaaattttt? What the heck does that even mean?”

Stoicism often advises us to:

They all mean the exact same thing. But what exactly does the phrase mean?

Living simply, as Seneca advised in our previous lesson, is an important part of living naturally, but it does not mean that we have to dress and act like this guy on the right.

But what are the Virtues for?
And out of all the conventional goods that the Stoics saw as “preferred indifferents,” which ones should I pursue, and why?

The Greek Concept of “Nature”

In English, we have the terms “nature” and “natural.” The first is the noun, and the second is the adjective. But they both refer to the same concept.

The Greek terms for “nature” and “natural” are phusis and phusikos, and if you attempt to say them aloud, you’ll quickly see that they gave us our modern words for “physics” and “physical.” However, for English speakers like ourselves, “physics” and “physical” don’t seem to be simply the noun and adjective of the same concept. In English, “physics” is the study of matter and energy, while “physical” seems to make us think in terms of body or physical objects vs. the mind and ideas. So in English, we have several words (nature, natural, physics, physical) to talk about the various concepts that the Greeks all included in the words phusis and phusikos. What does that mean for us? It means that when we read about the Stoic

concept of “living according to nature,” we need to think of the word “nature” in terms of all four English words: “nature, natural, physics, physical.” Beyond this, the phrase “Live according to nature” combines two mottos into one:

The Concept of “Human Nature”

Consider these words of Marcus Aurelius:

As if you had died and your life had extended only to this present moment, use the surplus that is left to you to live from this time onward according to Nature.

Seddon thinks of this Meditation in terms of a person who has perhaps had a near-death experience, such as surviving what should have been a fatal car accident. After miraculously emerging from the event with their lives still in tact, they might see each new day as a “gift” that they must dedicate to use in a special way. 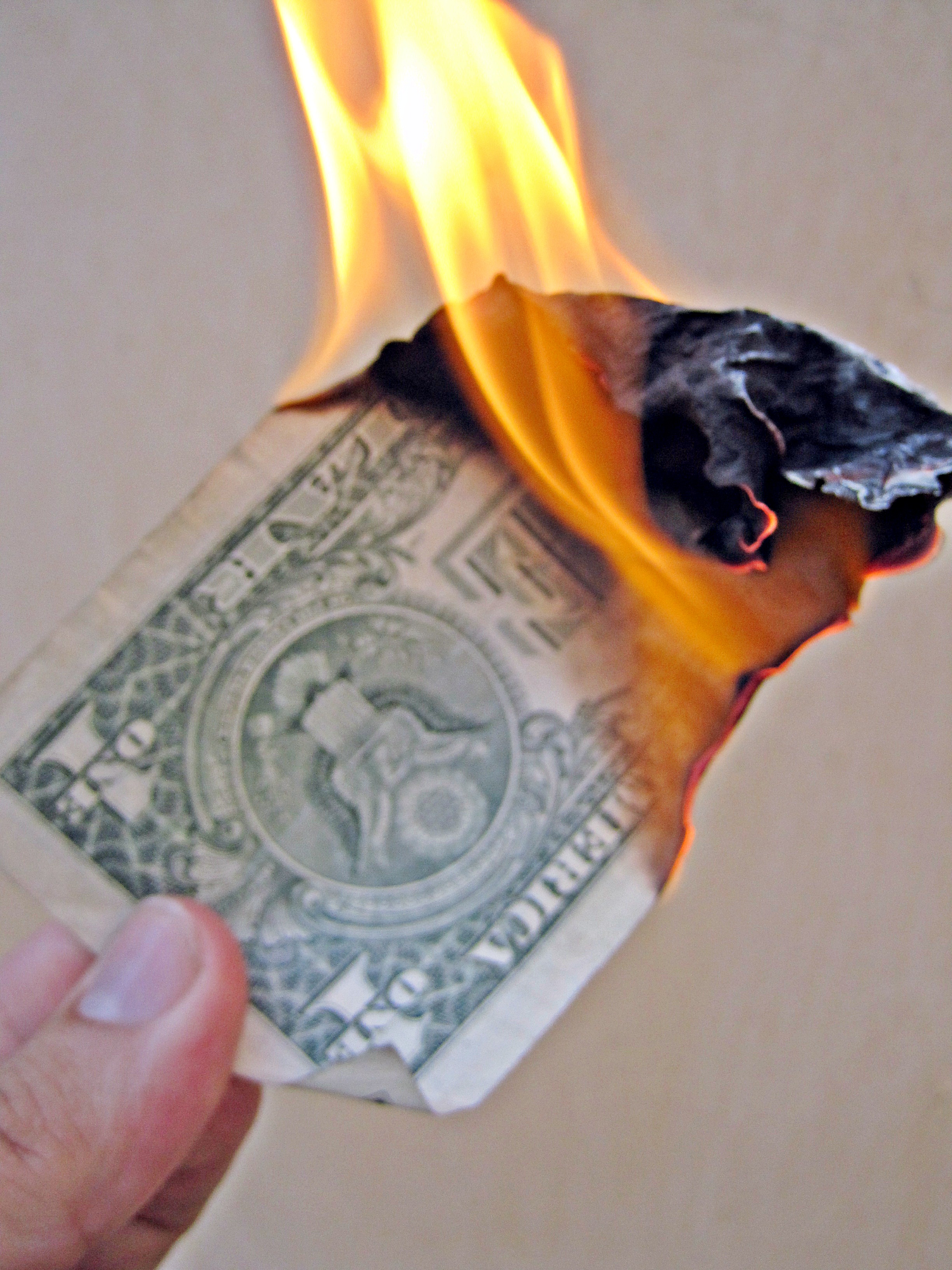 You’re done frittering your life away. From this moment onward, dedicate the remaining balance to living for what is actually according to your Nature.

Personally, I think of this in terms of balancing your budget. Over the course of the last month, you frittered away your income on needless things such as pillow cases made out of Turkish rugs (yes, this happened). You’ve been careless with your money, spending it on whatever pleases you at the moment. You were dreading this moment when you would have to examine the budget and assess the damage, but to your surprise, you actually have some
money left over! I can’t keep doing what I’ve been doing, you say to yourself. This has to change. Thank goodness God (or Fate) has blessed me with some extra cash somehow. From now on, I will spend my money wisely.

Next, we’ll take a look at this longer Meditation, in which Marcus reflects on his own human nature:

This thought will give you a reality check: it is now beyond your power to have lived your whole life…as a philosopher. Up until now, you have made it clear to many people, including yourself, that you fall far short of philosophy. And so you are tarnished, and it is no longer easy for you to win the reputation of being a philosopher. And your career as Roman emperor doesn’t help matters either. So now if you can accept how the matter truly lies, stop worrying about what others will think of you, and be satisfied to live the rest of your life as your nature wills, whether your life is long or short. Reflect then, on what your nature wills, and let nothing else distract you. For you know by experience how many detours you have strayed along without ever discovering “the Good Life.” But the Good Life lies neither in subtleties of argument, nor in riches, nor in glory, nor in sensual pleasure, nor anywhere at all. So where does it lie? In doing what human nature requires. And how does a person do that? By having principles to govern every impulse and action. And what principles are those? Those are the principles concerned with good and bad, which tell us that nothing is good for man except what makes him just and temperate, brave and free; and that nothing is bad except what gives rise to the opposing vices.

Marcus says that “doing what human nature requires” is found in “having principles.” And perhaps you recognized in the excerpt that it sounded a little bit like when he is referring to “principles,” he’s actually referring to the Virtues (self-restraint, justice, courage, wisdom). Although he doesn’t say it specifically, “Acting with reservation” would be a “principle” by which we “govern every impulse and action.”

Still a bit fuzzy? I’m going to copy the next passage out of Seddon’s book because I think he says it quite eloquently:

All things in nature flourish after their own fashion. Different things need different circumstances and conditions in order to flourish. The specific ways in which something grows and behaves constitute its “nature”. This being so, it is usually fairly easy to see whether anything is appropriate or inappropriate for something:

Like everything else in the natural world, human beings have been constituted by universal nature to have their own specific and particular nature.

So when we’re talking about “human nature,” we’re essentially talking about the concept of something that “came about” as a result of the natural order of the Universe, which requires us to adhere to it in order to fully flourish.

Hopefully you have a bit clearer of an understanding about what “human nature” is. I’m going to cut this post short. Tomorrow we’re going to explore this concept in a slightly different direction. (I’m pretty excited about it!) But for now, I leave you with three of Marcus’ Meditations regarding living “according to Nature.”

Meditations on Living “According to Nature”

As someone who lives according to Nature, you must in an unwavering spirit devote yourself at every hour to accomplishing the task at hand with thorough and unaffected dignity, with love for others, with independence, and with justice. Take a break from all other preoccupations. You will complete the task if you perform every action as though it were your last; deliberately, in accordance with the rule of reason, honestly, selflessly, and with acceptance and appreciation for what God or Fate has allotted to you. You can see how few things a person must master in order to live a tranquil and god-fearing life; for God himself demands nothing more except that we accept these principles.

(Based on Marcus Aurelius, Meditations 2.5)

There are five ways that the human soul harms itself:
First, the human soul does itself the utmost violence when it becomes an abscess or a morbid outgrowth on the Universe. For to focus on what you wish had happened instead of accepting what actually happened is to place yourself in opposition with Nature, which absorbs all things.
Second, our soul harms itself when we abandon other people or turn against them, intending to cause others harm, as is the case with those who lose their temper.
Third, our soul harms itself when it is overcome by pleasure or pain.
Fourth, when it is not honest or deliberate and therefore acts under false pretenses.
Fifth, when it fails to direct our actions or intentions towards what is intrinsically good. Instead, it endeavors toward anything aimlessly and thoughtlessly. But even the most insignificant action should be performed with a purpose in mind; and the purpose for all rational creatures is this: to conform to the reason and law of Universe.

(Based on Marcus Aurelius, Meditations 2.16)

The elements themselves constantly change from one to another. This is part of the Nature of the Universe.

A human’s life is nothing but a point on a timeline, our substance a part of continuous change, our senses dull, our bodies subject to corruption, our souls ever restless, our destinies beyond prediction, our fame precarious. In other words, our bodies are nothing but a flowing stream of change. Nothing belongs to our souls but dream and delusion. Our life is a war, a brief stay in a foreign land, and our fame will fade into nothing. So what can serve as our guide? The answer is unchanging: philosophy. And philosophy concerns itself with keeping our reasoning capacities free from harm, above pleasure and pain, ensuring that it does nothing at random or under false pretenses and that it is not dependent on anyone else’s actions. Furthermore, our minds should welcome whatever happens to us and is fated to us, for our Fate originates from the same source as our reasoning capacities: Nature. And we should await death cheerfully, as death is nothing more than the releasing of the elements from which every living creature is compounded. For if the elements themselves constantly change from one to another, and that is nothing terrible, then why should we fear the the change and dissolution of our own body’s elements? For this to happen eventually is in accordance with Nature: anything that accords with Nature can never be bad.

(Based on Marcus Aurelius, Meditations 2.17)